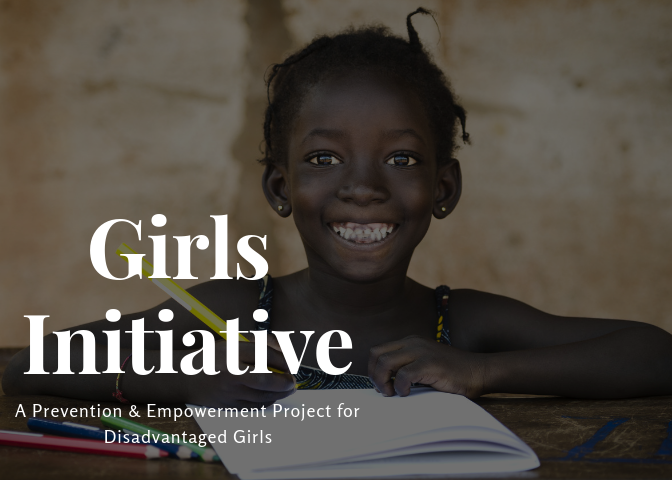 The Girls Initiative by Beacon of Hope Outreach is a prevention and empowerment project that addresses the multitude of barriers that affect the education of girls. We provide tools that help to empower pre-adolescent and adolescent girls through health, education, and skills while tackling the obstacles that prevent access to a sound education.

The Girls Initiative by Beacon of Hope Outreach is a prevention and empowerment project that addresses the multitude of barriers that affect the education of girls. We provide tools that help to empower pre-adolescent and adolescent girls through health, education, and skills while tackling the obstacles that prevent access to a sound education. There are over 100 million children of primary school age that are not attending school.  In places like Western and Central Africa, the numbers surpass 45%, and that figure represents those that are girls. According to the United Nations, the proportion of girls in this group has slightly decreased over the years however, despite the increase in the percentage of girls enrolled in school globally, the distribution of out of-school girls varies greatly by region. 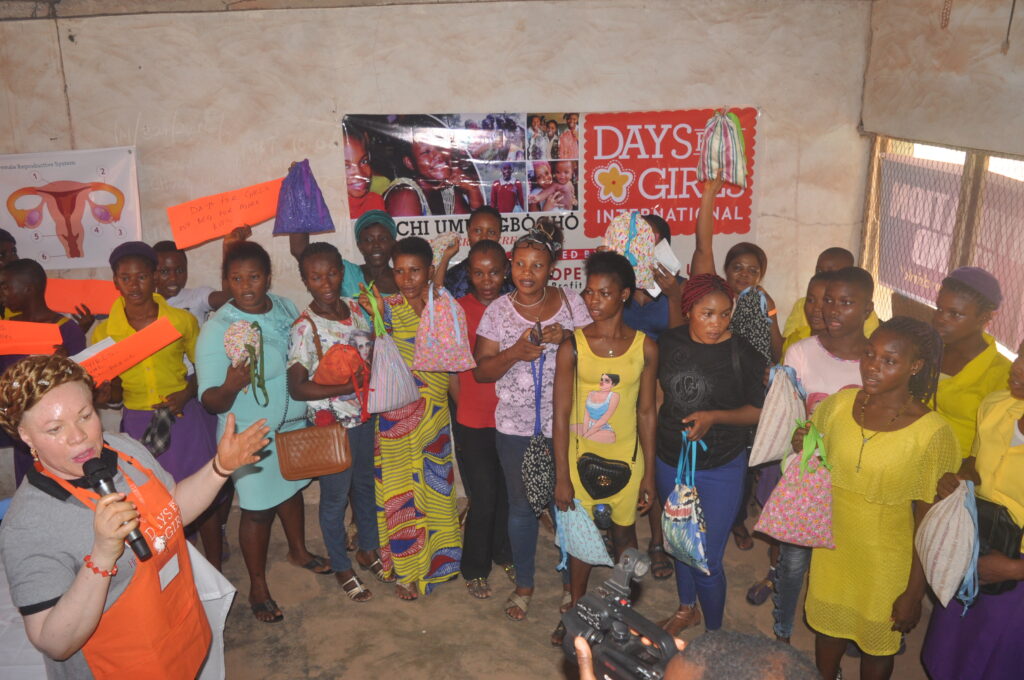 POVERTY
The sensitivity of girls’ enrollment is lessened by the need for a household income. Enrollment in school is often seen as a loss in labor (girls are responsible for the majority of household tasks) and an introduction of both direct (school fees) and indirect (uniforms, supplies, transportation) costs.

DISTANCE TO SCHOOL
Distance to school is a serious obstacle to participation. Various studies have found that enrollment dropped by an average of 16% for every 1.6 kilometers traveled to get to school for all children. For girls it dropped by 19 percent. One reason behind this decline in enrollment involves safety. There is often a concern of female assault.

MENSTRUATION
Menstruation results in 10-20 percent absenteeism each academic year by girls. There appears to be two main reasons for this; limited access to sanitary products and facilities and socio-cultural ideas. In many developing countries, menstruation and menstrual practices are considered taboo and represent restrictions for adolescent girls.

SOCIAL EXCLUSION
In many developing countries there exists a parental resistance to adolescent girls pursuing activities outside of the home. While adolescence means entrance into the public sphere for a boy, it often means withdrawal from public life for a girl. According to a report published by the Center for Global Development, “adolescence for young women often generates a sense of shame, restraint, caution, confinement, and duty”. Isolation also often leads to girls being uninformed and unable to advocate for their rights and on behalf of the resources they need to protect and care for themselves.

UNEQUAL LABOR MARKETS
Discrimination in the labor market influences families to invest in their sons’ rather than their daughters’ education. The fact that women earn less than men even if they have the same education and experience contributes to parents’ view of male education as a better investment. According to Girls’ Education in Developing Countries: Mind the Gap, authors Bloom and Weston found that the disparity between the economic outcome of female and male education is intensified due to the fact that women often have less access to financial capital and less secure claims to financial capital than men.

SOCIO-CULTURAL VIEWS
A girl’s parents’ attitude about female education greatly influence whether she enrolls in school or not. In many traditional places parents abstain from sending their daughters to school because of a desire to protect them from harmful influences. A loss of traditionally female values as a cause of education is feared as it viewed to reduce her likelihood to become married and marriage is, in many places, seen as a girl’s “livelihood”. Cultural values and socialization processes that paint a picture of girls as future subservient wives and mothers and negatively affect girls’ self image and performance in school represent another barrier that many girls face. 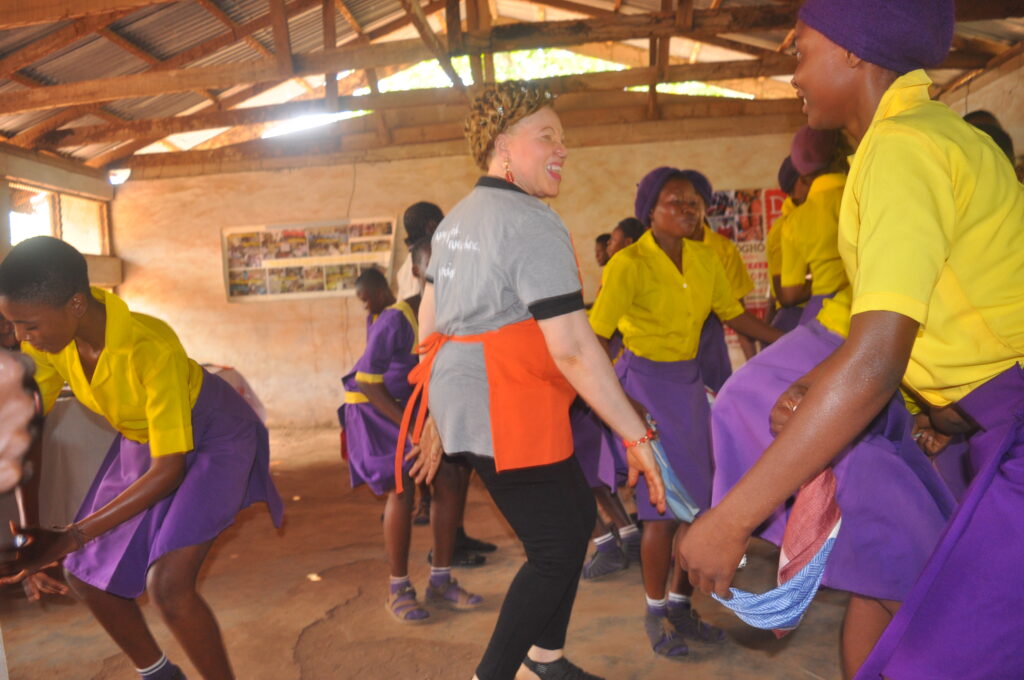 Similarly to how a range of factors decide whether or not a girl receives an education, educating a girl affects a myriad of aspects in society. Many of the benefits for female education can be classified as intergenerational effects.

HEALTH – Educating girls’ positively affects the health of future generations. Educated women are also more likely to be more knowledgeable about their children’s nutritional requirements, adopt effective sanitation practices, and seek medical care. According to The Center for Global Development, it is estimated that an average 1.8 million children’s lives can be saved in a single year if secondary school becomes a requirement for mothers. Female education also reduces the spread of HIV/AIDS. Educating a girl protects both herself against getting infected and her children. Studies tell us that women with post-primary education are five times more likely than illiterate women to be knowledgeable about how to prevent HIV/AIDS.

REPRODUCTIVE – Educated women have fewer children. It is estimated that just one year of female schooling reduces fertility by 10 percent. A lower fertility rate means that families are able to invest more time in the health of each child. Falling fertility is also economically favorable in developing countries because it brings about a demographic transition. Demographic transition in this case signifies a growth in the working-age share of the population.

There are many ways to help: 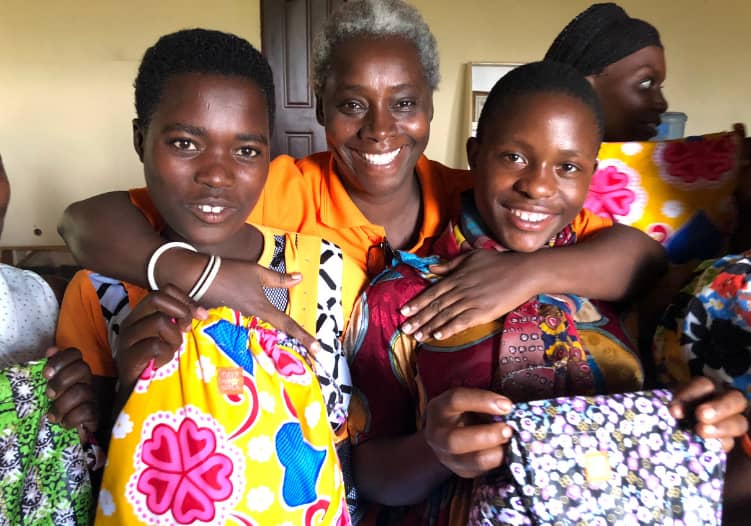 All posts by BOHO

Beacon of Hope Outreach aims to improve the lives of those less privileged throughout the United States of America and in various African and Caribbean countries.

Through the provision of healthcare, educational services and programs, Beacon of Hope Outreach shall act as a catalyst for change, create collaborative pathways for alleviating suffering, and raise the standard of living in poor communities.